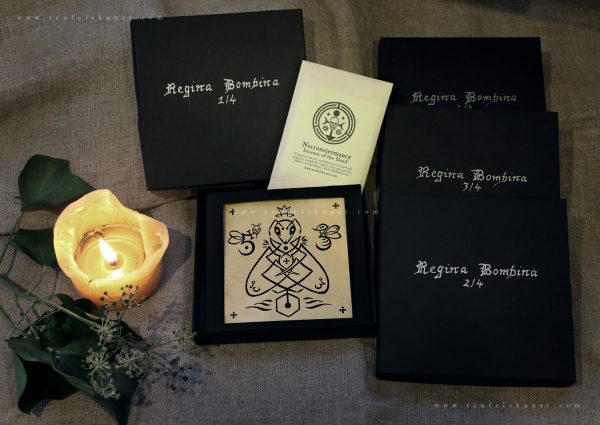 This is the first work in the series representing an ‘animal’ spirit. In this sigil I combine mythology and folklore connected to the honey bee and pollinators in general.

In 2018 I created 4 drawings with ink on a coffee- and honey infused paper. The paper sigils are signed and dated on the back. They are mounted on a black cardboard passe-partout and come in a black cardboard box, signed and numbered. Along with the artwork you also receive a 30 ml bag of “Necroneiromancy” incense.