Since early childhood, I am torn between drawing and photographing. Both are my passion and both influence another. My favorite subject has always been nature, particularly plants. And even more interesting for me are the relations between plants and animals. A few years ago I began a series, fancily titled “Flower Devils”, sparked by my very first success at growing a witching herb, namely henbane, which was visited by a large earth bumblebee. That was the moment, I began researching the folklore of bumblebees, and then bees and other insects…

Meanwhile, the interest in society for the importance of honey bees and wild pollinators grew alike. And I kept photographing them, in my own garden and in nature.

About 10 years later, I am not only celebrating an anniversary with Teufelskunst, but also have accumulated dozens of “Flower Devils” and other photographs related to my occult work. Looking for a medium to suitably transport these photos and fitting them into the Teufelskunst shop, I figured big formats are nice but expensive. So what would be a more humble yet authentic way to deliver my “Flower Devils” to the world? A book? Yes, earlier this year I made a first attempt at a book and figured it’s still too big for me (both editing- and budget-wise). Then I discovered the printing company in Dresden, which I have been working with for years and who print my band photography as well other works, also offer postcards!

I love cards. I love writing personal messages by hand. I love postcards! And what could be more suitable than to have my little “Flower Devils” carry personal written messages all around the globe? So, it is my hope that with time, these postcards become an institution, for both sharing my work as well as forwarding personal messages to loved ones.

You can now order all postcards from me at reduced prizes! This offer will last until the 30th of July, 2019! 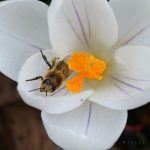 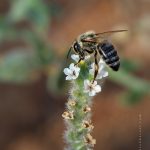 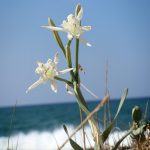 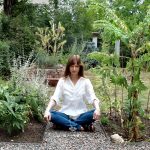