Honored to have been asked to take part in “ROOT”, the inaugural online exhibition hosted by The Organic Centre & creatively coordinated by artist Sarah Ellen Lundy as part of the pairs ongoing collaborative ‘Project Earth’.

This is my second work representing an ‘animal’ spirit. In this sigil I combine mythology and spiritual lore connected to the Corvidae family.

Ravens and crows both feature extensively in the mythology and folklore of basically all continents and nations. I cannot remember when exactly my own journey with these animals started. But they continue to present me with the most auspicious magic and moments, whenever I open up and notice their ever-presence. Hence, when a friend inquired for a crow skull tattoo, I already felt a deep connection to the animal’s collective spirit. But I was lacking actually knowledge and education. So began my reading and study journey, for which I received wonderful help and recommendations. The sigil art presented here is now the quintessence of this autumnal journey with the crows, ravens, magpies, jackdaws and grosbeaks around me and their universal lore.

In November 2019 I created the first 7 of altogether 14 miniature drawings. The sigils are drawn with ink on imbued paper, which has been infused with coffee and a tincture created from the accompanying incense blend. Each sigil is signed and numbered on the back. The sigils come in a black cardboard box + 30 ml bag of “Raven King” incense. 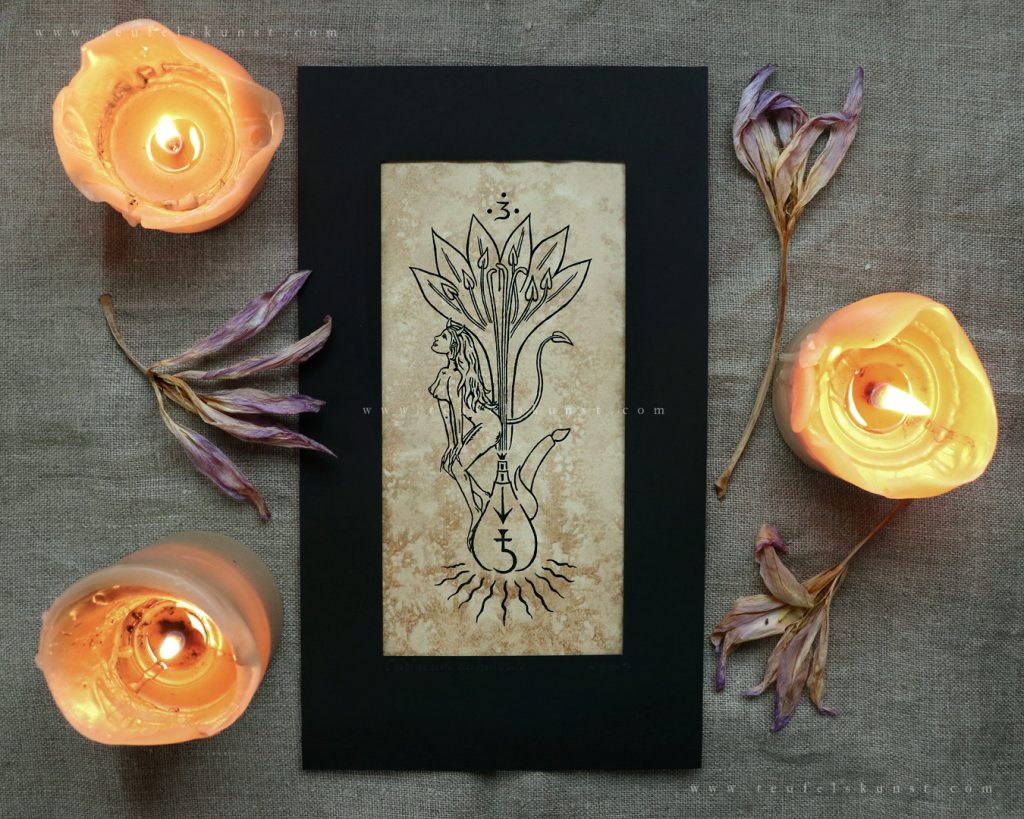 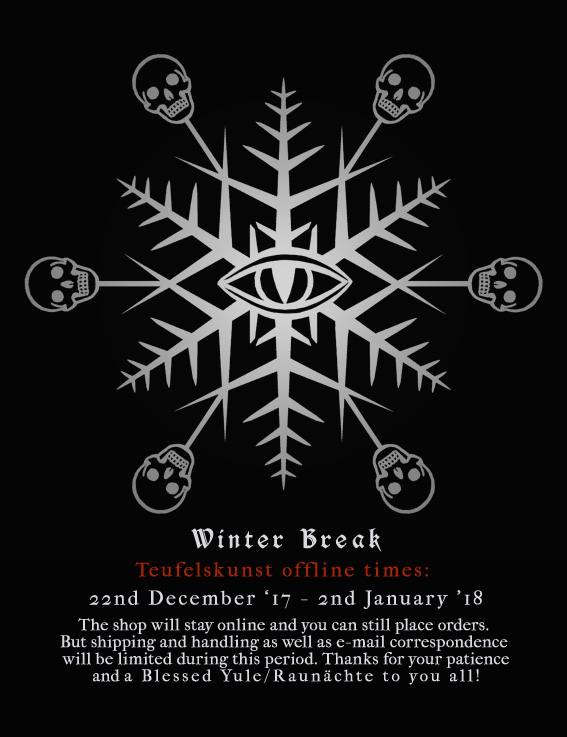 I will be spending time with loved ones and continue on artwork, finishing commissions and preparing the incense blend for the upcoming Raunächte. So long, please have a look in the shop and consider purchasing one of three new paper sigil talismans, which were completed for the winter solstice:

The “Mullein” illustration is a newer work in the “Sigilla Magica” series. It was available for the first time during the Samhain Celebration 2017, in Gotha. The illustration shows an anthropomorphic vision of the lovely mullein (Verbascum spp.), which is also known as hag’s taper, aaron’s rod and Königskerze. In the sigil I summarize folklore and personal experiences related to this powerful magical plant. It contains links to the Venusian, Saturnian and martial aspects of the plant, as well as to the various names, by which it is known.

You can now purchase an original ensouled paper talisman with the motif. It is drawn with black India ink on coffee stained paper, which has been infused with extracts of mullein, wormwood and honey. Each paper sigil is signed and dated on the back . The entire talisman measures ca. 9,9 x 21 cm.

You receive one of the original works shown here. There are 3 available as part of my Winter Solstice special and each comes with an incense sample for the Raunächte.

Please note, that each paper talisman is unique and whilst the motif is the same, can have slight variations and differences in texture. The yellow color comes from the mullein’s own flowers.

This project began earlier in 2016, when parting with a few homegrown live mandrake roots and sending them to new homes. Part of the deal for the new owner was to commission a portrait of the very root they were to receive.

Each root is drawn with ink and quill on stained paper. Attention is paid to the peculiar shape and features of each root. The result are detailed portraits, which are not only unique pieces of fine art but which also give the owner a reference, when the roots are planted back into soil.

Examples of roots that have left my own mandrake family and joined new homes: